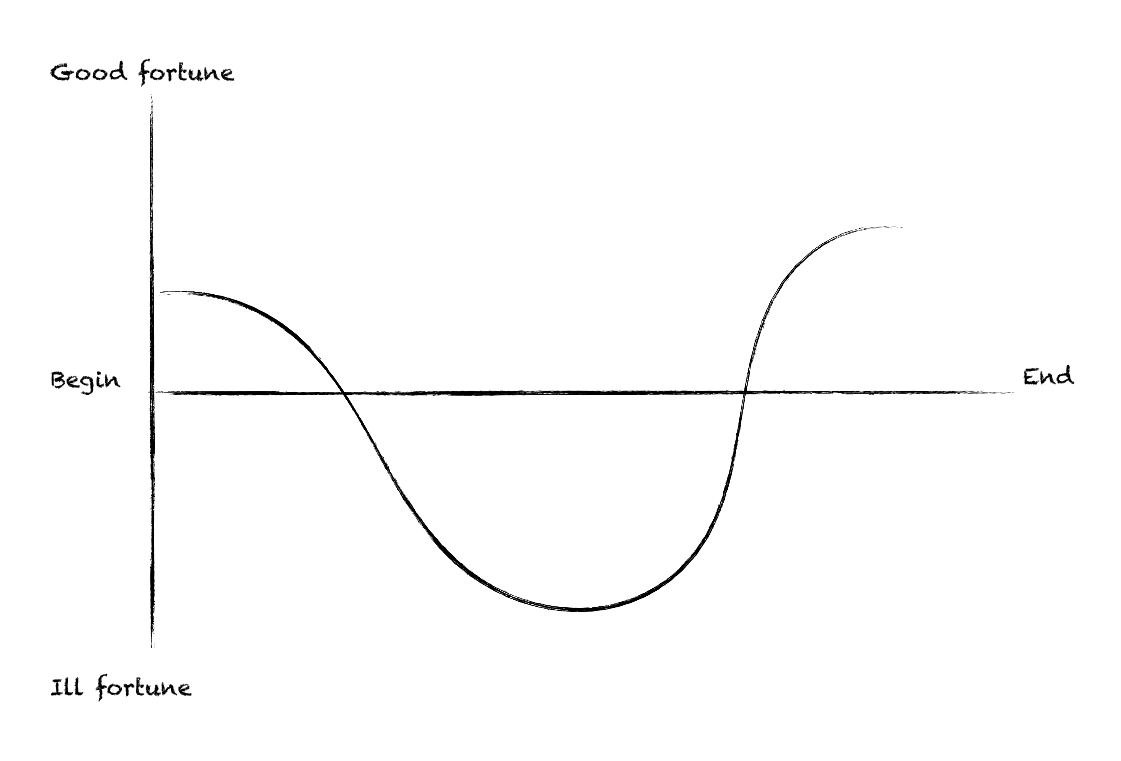 In 1947 Kurt Vonnegut, who would later become a well known writer, wrote his master thesis for anthropology. It was rejected. Too simple. Looked like he had had too much fun creating it.

15 years later Vonnegut eventually did receive his masters, and in 2014 computer aided research on an enormous part of English stories and literature showed his thesis to be absolutely true.

The thesis was about story arcs. Almost every story can be categorized into one of six simple graphs, plotting the character’s happiness over time. One of the simplest story arcs is the ‘man in hole’. Somebody gets into trouble, and gets out of it again.

It starts out with the hero of the story on known territory, happy, no problems. And then he loses control, has a crisis, and reaches rock bottom. Through some outside help he climbs out the hole, and ends a bit happier than where he started. With a lesson learned.

This format is great for mini stories to spice up your presentation. Many sitcoms follow this simple pattern as well.

The man in hole, together with two other popular story arcs, is explained in a fun way by Vonnegut himself in this old video:

Shoutout to Kai-Jürgen Lietz! He has written a book on the concept (in German).